“Make use of life, its course is so soon run,
yet system teaches you how time is won.
I counsel you, dear friend, in sum
That first you take ‘collegium logicum’.
Then the best of all worth mention–
To ‘metaphysics’ you must pay attention,
and see that you profoundly strive to gain
what is not suited for the human brain.”
–Goethe, ‘Faust’

REALITY ENGINEERING… The Question of Reality is the most paramount factor of human existence. For what loftier uses could there be of man’s faculties, than to determine the answer to the ultimate questions of life–What is real, everything? It is not merely some arbitrary game of intellectual philosophies… It is about what you actually think, feel, see and believe to be the truth: about all of what you Experience as Reality. [This blog is based on material available in the volume: Reality Engineering]

SYSTEMOLOGY is a holistic methodology and unification for absolute human understanding of the Universe and the apparent Reality experience via the ‘Human Condition‘. Application of the ‘Systems Approach‘ requires observation of general principles and properties acknowledging the nature of dynamic and energetic functions; interactions taking place ‘beneath’ the “surface” of apparent Reality involving interrelated systems of existence. NEXGEN SYSTEMOLOGY utilizes the vocabulary (or semantic-language) employed in the original Systemology 1.0 materials of rising popularity among the highest minds of the young people today who are inheriting the planet and roles as Reality Engineers. The NexGen commeth…

NexGen Systemology 2.0: Reality Engineering is the application of SYSTEM LOGICS as a holistic unconditioned method for operating the ‘Human Condition’. Systemology 2.0 examines the operation and development of Reality by applying fundamentals and principles of SYSTEM THEORY applied to the interconnected, interactive, entangled matrix-field fabric of Reality & Existence.

There are seven main systemologic fields that interconnect to form the basis of the “NexGen Systemological” perspective toward the ‘nature’ of Reality & Existence: 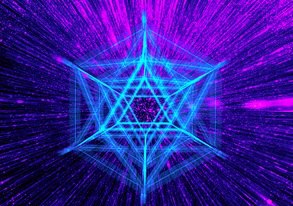 All of the systems in existence are really fundamentals of a singular, interconnecting, all-encompassing ‘meta-system’ that exists as an “All-as-One” wholeness beyond the perceptions of ‘levels’ and ‘parts’. In the day-to-day ‘waking’ and ‘normative’ reality of the ‘Human Condition’, the ‘Observer’ or SELF occupies a ‘Genetic Vehicle’ as a means of interpreting and interacting with the range of existence that the ‘human body’ is programmed to consciously perceive. Systemology 2.0 is concerned with holistic causation, taking into account the dynamics of all interconnected interrelated existential systems from the One as Infinity to the Infinity as One.

PROBABILITY PATTERNS with Joshua Free
“The observation of cycles and tendencies to predict a causal relationship or determine the actual condition or flow of dynamic energy using the holistic system as opposed to the understanding of life, reality and existence in isolation or exclusion of perceived parts being separate from other perceived parts.” –Reality Engineering

The root of all systemological application is the ability to determine true holistic probability patterns that include all aspects of a condition – even those outside ‘normative’ perceptual range. In addition, the chaos factor is found in all systems – “the observation and ability to describe, predict, or even measure, the probability of instability in dynamic systems.”

In the 1919 philosophical treatise, Book of the Damned, Charles Fort writes:

“Nothing can attempt to be, except by attempting to exclude something else; that which is commonly called being is a state that is wrought more or less definitely proportionately to the appearance of positive difference between that which is included and that which is excluded.”

“I conceive of one inter-continuous nexus, in which and of which, all seeming things are only different expressions, of which all things are localizations of one attempt to break away and become ‘real’ things –
to establish entity or positive difference.”